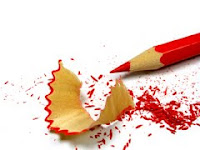 I'm still in Missouri, but it's Red Pencil Thursday anyway! Please welcome Christine Donovan to our online critique. Unforutnately because I'm traveling, I don't have access to one of my email accounts, so I don't have Christine's responses to my comments which are in red. I hope she'd add her thoughts in the comment section along with all the rest of you.

"It appears, Your Grace, you have bested me and left me destitute."
Your opener raises questions in the readers mind. That's how to begin!

Demetrius Seabrook the Duke of Magnus met the eyes of Mr. Hamilton, known as the New Bedford Whaling Tycoon and could not shake off the prickling sensation on the back of his neck. The transplanted Englander amassed his fortune in the Americans during the past twenty years and looked anything but upset at his loss. And it was a fortune indeed. Magnus could not even begin to contemplate his luck. Deep down, however, intuition warned him to proceed with caution.

I like your hero's name, but not his title. Magnus doesn't sound like a place name and dukes are always the Duke of Someplace. I'm not wild about the sentence that introduces him either. There's too much info in too short a space. I advise splitting it up and simplifying. How about . . .

Demetrius Seabrook, Duke of Magnus could not shake off the prickles on the back of his neck. Mr. Hamilton looked anything but upset at his loss.

We don't need to know about how Mr. Hamilton made his fortune or what he's known as right here. For later reference, he would consider himself an Englishman not an Englander. You're introducing your hero. Let's stay focused on the duke.

"Mr. Hamilton, how is it you came to be here today?" Magnus leaned back in his chair and forced his blasé attitude. He spoke calm and direct not wanting to mince words. "I've never had the pleasure of your company before. Nor have I heard rumor of your passion for the gaming tables. I do believe sir you were in over your head and because of this I will take the monies you lost, at least what is on the table, but I must pass on the rest."

I'm unsure what you're trying to convey with "forced his blase attitude." I'd cut the "He spoke" sentence entirely. It doesn't add anything to the exchange. You need a comma before and after the word 'sir'

Gasps and murmurs surrounded the men at Whites. Magnus ignored it. How could he in good conscience take everything this man had? True, he was desperate for coin himself, thanks to his late father, the previous Duke, but he would not profit at the expense of another. He had seen too many gentlemen of the ton lose everything in the gambling halls. Their self-respect, properties and fortunes lost in a shuffle of a card or the roll of bones. It led to disgrace and sometimes worse. He would not be responsible for this particular gentleman's fall. Could not subject this man's family to what still haunted him on a daily basis.

There's a bit of a logic problem here. If he wouldn't profit from another's loss, why is Magnus gambling? I'm sensing that his father lost their fortune gaming. If that's the case, it might be more logical for Magnus to abstain from betting. Gamblers had a very strict code. A gentleman honored his debts, no matter if they ruined him. By refusing to accept his winnings, Magnus is insulting the other man.

And in a strictly writing sense, this paragraph is a little "tell-y." Especially at the opening of a story, you're better of showing. It's stronger to show what the hero does without going into why at this point.

Two of his closest friends stood behind him, Edward Amesbury Duke of Norwich leaned down and spoke quietly into his ear. "Magnus, do you realize what you are passing up? Here is your chance to regain your fortune, restore your holdings and lands."

Because they offer him advice, we can infer they are his close friends without being told. Cut "Two of his closest friends stood behind him." Reading is a conversation with the author. Let the reader pull a little of the load by letting them fill in logical holes. I don't believe it's possible for the duke to have lost his land. Law even prohibited land attached to a title from being sold. However, I'll believe he's strapped and cash-poor.

Myles Fredrickson the heir to the Earl of Northborough bent down and added his two pence worth. "Have you forgotten your sisters' dowries or your brother's commission?"

He had not forgotten anything. How could he? Yet the tingling that had begun on his neck now spread down his back. He never ignored his intuition. Mr. Hamilton appeared calm, too calm for someone who just gambled away all he had in the world. He could have sworn the man grinned when he lost and when Magnus refused to take his holdings he had scowled. What sort of man did that? No self-respecting gentleman he knew of.

I understand that Hamilton is trying to trick him, but the way you've described it is a bit too "on the nose." If the clues are more subtle, we'll find the duke more attractively intelligent. It doesn't take intuition to read the facial expressions you've described here. Instead of a grin, perhaps a quirk of his lips. Instead of a scowl, a slight deepening of the frown line between his brows.

And on the contrary, a self-respecting gentleman would insist on the payment of his gambling debts being accepted. At least publicly.

Charles Hamilton's heart throbbed against his chest when he finally lost everything to the Duke. One would think it would be easy to lose at cards. It was not because it went against every ingrained instinct one possessed. It had not been easy to throw all the hands. He had planned well though.

Oops! Major head hop. I know Nora does it, but we are not Nora. I advise new writers to do as I do. Limit yourself to one head per scene, unless the POV character leaves the scene. I sometimes transition into a different POV character that way. The smooth way to switch POV mid-scene is to have one paragraph of ambiguous, "omniscient" POV between heads.

But here at the beginning of your story you want us to fall in love or at least be intrigued by your hero. To do that, we need to stick with him. At least until this scene ends.

Thanks for letting me take a look at your Reluctant Duke, Christine. I love that he's a decent fellow who hasn't let his own misfortune make him less sympathetic to others. A very good heroic quality. 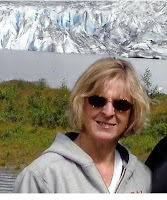 (Bio) My name is Christine Donovan I write Regency, Contemporary and Paranormal Romance. I started writing eight years ago and have nine completed manuscripts waiting for a home. I live in Southeastern Mass. with my husband, four sons and two cats. Visit me on Facebook under Christine Murray Donovan.

Posted by EmilyBryan at 5:59 AM

Thanks for all your wonderful comments and advice. As for the title, I like it also. Only changed it twice (which is a record for me)

I must have changed the duke's title 20 times, but settled on the Duke of Wenworth. I was watching American Idol and borrowed Siobon (sp) Magnus's last name. There's comething electric about it.

As far as your comment on "restore your holdings and lands, I need to make that more clear. Thanks.

I have already eliminated the head hoping. But darn it all, I wanted to be Nora for a day!

Since this is my first attempt at writing an historical I know I have much to still learn. I thank you from the bottom of my heart for your help in making, "The Reluctant Duke" better.

I love your teachable attitude. It will take you far. We learn how to write by writing. Kudos to you for taking the plunge!

Wow. Nine completed manuscripts; I'm impressed. I just recently started work on my first; I'd be extremely happy to finish 9 manuscripts in 8 years.

Regencies are my favorite type of romance to read, so I'm glad to see a Regency come up this week. Emily gave you great advice with regard to entailment laws and a gentleman's attitude toward his gambling debts. It was a huge point of honor among gentleman to pay their gambling debts.

I agree with Emily about dropping more subtle hints about Hamilton's motives. I would also be less obvious about Demetrius' suspicions. In paragraph 2, I would think about leaving off the last sentence because you refer to his intuition later in the excerpt.

One point of grammar: in paragraph 3, I believe you should say "He spoke calmly and directly..." I also thought there were a few missing commas. I can point those out if you want, but I didn't want to sound too nit-picky.

Another thing to consider is that having 2 dukes in the story may be frowned upon. I am sure Emily is more knowledgeable about it, (and perhaps she'll weigh in). From what I've read on Regency related blogs, it's seems to be preferable to pick lesser titles. I guess it's because there were so few dukes in real life, it's frowned on to have too many in fiction. This is the impression I've gotten, at any rate.

Thanks for sharing your work this week.

Mary, I personally avoid dukes most of the time because they can't be addressed as 'my lord' or Lord Somesuch. It always has to be Your Grace, unless he's with intimate friends. Otherwise the title feels a bit clunky in short order. \

However, I have used a duke for my hero in my online novella A DUKE FOR ALL SEASONS.

Thank you for all your helpful comments. Yes, I have finished 9 manuscripts, However, I'm not very good as submitting my work and that is something I'm trying to change. I try to remind myself everyday that If I don't submit, I can't get published. Good luck with your writing. I'll have to reconsider using two Duke's in the story.

I imagine it is nerve-wracking submitting your work, but I hope your manuscripts eventually find homes.

One thing I forgot to mention was that I liked what I saw of your villain, Charles Hamilton. He seemed to have a lot of potential for villainy and you made me curious as to why he was so keen to lose at cards to the duke.

Have a great Fourth weekend!

I really like your intro as well! Others have offered good advice about the mechanics. I'd like to say that you've introduced all sorts of good conflict, conflict that could sustain a book. As a duke he's got all sorts of responsibilities, to the tenets on his lands as well as his family. That usually leads to all sorts of great trouble, in the form of the heroine.

Congratulations on finishing so many books and good luck with Regency!

It is never too late for a party!
Thank you for your comments. I love good conflict as well and try to engage readers with it from the start. My duke will have conflict in spades with his herione, his two sisters and one brother.