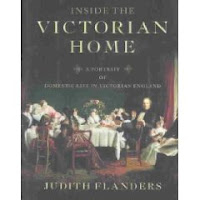 I'm in the brainstorming phase of my next book. During this time, I forcefeed my subconscious with all sorts of raw data about the period in which I intend to set my story. This turns up plenty of curious tidbits--most of it entirely unusuable, but since I collect factoids like a magpie hoards shiny bits of anything, I'm content.

I ran across this little gem of etymology when researching steamship travel between England and British India. The preferred method of making this transit was described by the acronymn POSH--Port Out, Starboard Home--referring to the best (read "most stylish!") side of the ship for your cabin location. Then I ran across another source that debunked this story as false. "Posh" was a bit of 1920's slang of indeterminate origin, they claimed, probably from the 1890's British "posha dandy". Quite often, there will be competing versions of anything in history, so in the end, I have to run with my best guess and hope I've chosen the source who got it right!

But I find I like the idea of "port out starboard home" as the ancestry for this word. And it set me wondering how many other words in our daily vocabulary started out as acronymns. Scuba, for example, stands for "self-contained underwater breathing apparatus." The internet has created its own shorthand lexicon, LOL!

What acronyms do you find yourself using all the time?
Posted by EmilyBryan at 1:41 PM

I'm back! I had no time to hang around online during the weekend, and you've been *so* busy blogging the last few days! So I've missed out on a lot, but here I am :).

The acronym I use most (if that etymology I read is right and it is in fact an acronym - of 'Old Kinderhook', was it?) would be 'OK'. It's simple but hard to beat, especially since we use it all the time in Dutch, too. Speaking of which (I hope I'm not boring you with my Dutch tidbits all the time), it took me a while to figure out that LOL even had a literal meaning, since 'lol' is plain Dutch for 'fun' :)

Oh, and I like ASAP too, because it saves so much space and typing time :)

I'm an ASAP person, myself, even in speech.

The Online Etymology Dictionary has a little more about posh for you:

posh -- 1918, of uncertain origin; no evidence for the common derivation from an acronym of port outward, starboard home, supposedly the shipboard accommodations of wealthy British traveling to India on the P & O Lines (to keep their cabins out of the sun); see objections outlined in G. Chowdharay-Best, "Mariner's Mirror," Jan. 1971. More likely from slang posh "a dandy" (1890), from thieves' slang meaning "money" (1830), originally "coin of small value, halfpenny," possibly from Romany posh "half."

Nynke--Welcome back! How fun that "lol" means fun in Dutch! I didn't know OK was an acronym.

Lisa--Some people believe in the Easter Bunny. I like to believe posh means port out, starboard home. :) The whole notion of a several month cruise is just the epitome of romance to me, I was charmed by the idea of a word originating there.

Don't worry. I won't use it in a book. With this much evidence against the notion, it wouldn't be worth upsetting the real wordsmiths out there.

Here's one from my days as a banker: PIN, as in "Punch in your PIN number." Of course, when we say that, we're really saying "Punch in your Personal Identification Number number." Duh . . .

Aaaah I am so excited I won Amanda Diary of Cozette! I am thrilled, do I need to email her?

OK this is a great subject Emily, because last year at RT a few of us "newbies", went around gathering acronyms and tried to figure them out, it was a hoot, and a little wine may have been involded! LOL! The one that stumped me forever WIP "work in progress" Well of course!! DUH! I am a writer I always have WIP!! LOL! (my favorite one). Thank you again so much for the contest! I am thrilled!!

YES! I can spell, I just got a new computer and I am having a heck of a time with the keyboard today! SORRY!

Jane, since you were one of my blog tour winners, I already had your info. If anything has changed since you won VEXING THE VISCOUNT, please send me an email through my website. Otherwise, I've already sent your info to Amanda. Cheers!

I've got yur snail mail addy, jane, not to worry ;)

What about "aka" (also known as)authors use that frequently . NOt sure of its origin, though I could see where I could get lost in that type of research . Am I the only one who likes to read the dictionary????

I've run across WA (writing as) as well, which seems a little more obscure.

When I was a kid, I read the encyclopedia for fun. How twisted is that! (Don't worry. I discovered boys before I made it past the M's)