Getting the Christmas History Right 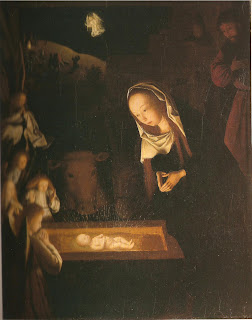 As a historical romance author, I'm a stickler about getting the history right. If I read an anachronism in a book, I cringe. If the author gets a factual bit of history wrong without a note in the back explaining why, I'm apt to turn the book into a wall-banger.

That's why when it comes to celebrating Christmas, as a Christian, I want to get it right. Unfortunately, we Christians often tell the story of Christ's birth with a number of embellishments and outright errors. So at the risk of being labled a Grinch, here's my debunking of a number of Christmas myths.

The Date itself: We really don't know when Jesus was born. The Bible is very specific about the day and even the hour of his death, but we only know his birth fell within a range of a few years (In the days of Caesar Augustus, when Quirinius was governor of Syria).

In the first couple centuries after His life and death, Jesus's birthday wasn't celebrated at all. Some historians think the date came from the Roman holiday honoring the Persian god Mithras. In 274, the Emperor Aurilean declared December 25th "Dies Invictus Soli" Day of the Invincible Sun. By the fourth century, it had morphed into the celebration of Christ's Mass--Christmas.

As a side note: The Gregorian calendar based on what they calculated was Christ's birth year has been shown to be about 4 years off. 1996 was actually the 2nd millenium, which means we really don't have to worry about the world ending on December 21, 2012. That date has come and gone.

Mary rode a donkey to Bethlehem. Oh, I hope so since she was very pregnant, but the Bible doesn't say she rode. It only confirms that Joseph and Mary heeded the call for a census and traveled 70 miles from Nazareth to Bethlehem, the city of David. She may very well have walked. 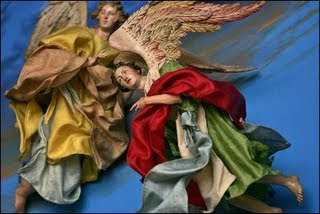 Hark the herald angels sing! Not so much. No where in the Bible is an angel described as singing. They praise, they proclaim, they don't sing. That's reserved for us.

We Three Kings They weren't kings, there may not have been three of them and they certainly didn't arrive the night of Jesus' birth right after the shepherds left. The Bible calls them "magi." They were probably Zoroastrians from Persia (present day Iraq), who had access to the writings of Daniel (who'd been in captivity in their country centuries eariler) and studied the heavens for signs of the birth of the coming king. They bore three gifts--gold, franincense, and myrrh, very precious and unusual gifts, which may be the origin of the idea that there were three 'kings.' 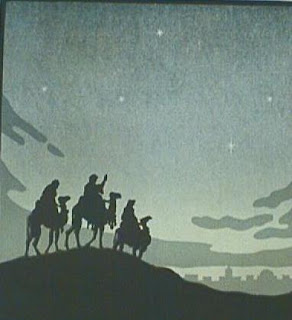 It may have taken them two years to find the Christ child. The Bible says they came to the "house" so we know the baby was no longer sleeping in a manger. King Herod questioned the magi about when they first saw the star. So when Herod ordered the slaughter of the innocents, he stipulated all male children in Bethlehem under the age of two should be killed. Fortunately, by then Jesus's parents had taken him to Egypt so Herod's evil plan to kill Him as an infant failed.

Christianity is a faith based on the belief in a God who intervened in history, that He came to be one of us. It's important for us to get the history right.

Wishing you a meaningful Christmas,
Emily
Posted by EmilyBryan at 4:44 AM

Hi Emily,
You've brought up some very pertinent points--I wonder, also, how some of these additions actually slip into the Christmas Story.

Sometimes I think it's poets or songwriters taking poetic license that eventually becomes part of the tradition. I heard a Christmas hymn recently that mentioned the cold, snowy night and how Mary had to keep warm in the stable. Hummmm.

Thanks for the thought-provoking posts.

Merry Christmas to you too, Barb!

The errors creep in over time. And most of them are harmless. I still love to sing "The First Noel" even if the snow wasn't so deep.

And the method of celebrating the holiday has gone through several revolutions. I'm sure the retail frenzy we engage in now was the last thing on the church father's minds when they fixed a date to celebrate Christ's birth.

It's interesting to me that people who reject Christmas are even insisting on throwing out the secular bits of it--Santa, Christmas trees, the whole works. Everything except the buying frenzy. Gotta keep the economy going . . .

What an interesting post. I think everything gets embellished over time when it comes to the Bible. There have been numerous translations. I'm a Christian, and I believe in God, but it's a blind faith, which may be the real test for us.

Sandy, I don't think of it as blind faith. I see plenty of evidence for the historicity of the Bible. Every day, it seems they are making new archaeological discoveries that support the biblical accounts.

Hi Emily,
Very interesting. There are so many myths surrounding Christmas and the bible too, for that matter.

All the best for the festive season.
Margaret

Margaret--The Bible says it best, "Let God be true and every man a liar." If we go back to the original (or as nearly as we can reckon it), it clears up lots of misconceptions. Lots of people have tried to make the Bible say things it doesn't.

You're right, Emily, about the historical fines supporting Christ, but for a long time there was a lot of controversy and still is.

Thanks for bringing out a lot of important points. So many people use selected passages from the Bible to support their cause or point of view. As you point out, most of the traditional parts of the Christmas story are not really represented factually. Just like we took over the pagan winter solstice celebration for the Celebration of the birth of Christ, Christmas has been taken over by the commercial enterprises to make lots of money. Anyone who thinks Dec. is solely a time to celebrate the birth of Christ is very wrong. It is and always has been a a special time of celebration for many different belief systems.

Have you heard about the Advent Conspiracy? It's a growing movement aimed at taking the commercial element out of celebrating Christmas, encouraging Christians to pare down the gift frenzy and ramp up the giving to those who cannot give back. Just a fraction of what we spend on things our family and friends probably don't need would make a huge difference to a third world village.

The birth of Christ made a huge difference in the world. The celebration of His birth could too. I'm rethinking how I'll do Christmas in 2010, at least with regards to my own presents. If I can deflect them to a worthy charity, I'll have a happier Christmas and someone else will have a better life.

I agree with you in cutting back on the spending for our families who already have enough. Yes, I think it's a great idea to give to any charity. They all need our help this year.

The simple idea that Mary and Joseph were Galileans but had to travel to Bethlehem for the census is, itself, historically.... "questionable," would be a nice way to put it.

First off, the Romans didn't do worldwide censuses, period. And the idea of asking everyone to return to their ancestral cities? Everyone in the ancient world? Imagine the logistics of that. No other source mentions anything like this census.

Meanwhile, Luke specifies that it happened when Publius Sulpicius Quirinius was Governor, but Matthew puts it under Herod. Finding a way to reconcile those two accounts requires a certain amount of bent-over-backwards interpretation. (Most scholars today simply say that Luke's text is mistaken.) Herod was King of a client kingdom, and would have collected his own taxes anyway, so why a Roman census?

The entire device of this census is simply intended to make Jesus's life agree with prophesy -- the line of David and all that. Nobody had a tradition about Christ's birth until centuries after Jesus.

This entire story is exactly the sort of thing you say would make a book a "wall-banger."

ISRW--Your raise some interesting points. Let me see if I can give you a few things to think about. Mary and Joseph traveled to Bethlehem because they were both descended from David and Bethlehem is his city. In a world before birth certificates, the return to the ancentral city for official purposes was common among Israelites. I'm not sure about the rest of the Roman world, but the purpose wasn't so much to count the people as to tax them. I'm certain Rome did that. What government doesn't?

Quirinius was the Roman governor at the same time Herod Antipas (son of Herod the Great) was the King of Israel, a puppet ruler propped up by Rome to keep the locals happy. There is no disparity between the two accounts.

Christmas was not celebrated until the 4th century, but all the biblical accounts of the New Testament were written within 70 years of Christ's death. I firmly believe the historicity of the Bible and stick to the details given in the gospels. We run into problems only when we try to add on the traditions about His birth that came much later.